It’s been just a few days since the dreadful evens in my town of Nairobi. The operation to secure the Mall is only just coming to an end. The count of the dead is still rising.

I moved here a few years ago to work for Radio Africa Group as the Group Manager for Creative and Production. Nairobi is a city of problems. But also of glitzy Malls and nice coffee shops. Places where you can hear accents from all over the world.

On Saturday the 21st of September our world was shaken, when gunmen threw grenades and opened fire on a radio station event. Ruhila and her unborn baby were killed in the attack. Many more have died and as I write we don’t know the true numbers.

I met Ruhila a couple of years before then. I can tell you she was one of those people who radiated positive energy. She always had a laugh and a smile. I didn’t know her as well as her colleagues at East FM and Kiss TV, also part of our group, and that is my loss. I had dinner yesterday with one of her former colleagues who told me it was like losing a sister. She will be missed 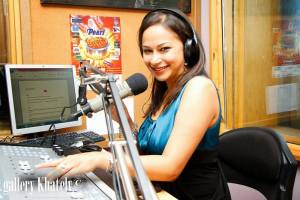 Many of my colleagues have physical and mental wounds from this dreadful incident, Christian, Muslim and Hindu.

Personally I don’t know what to feel. I feel loss, I feel relief that I wan’t there for my normal Saturday morning shopping trip. I feel anger at the people who did this. Sometimes I feel it all in one go!

Radio in Kenya, our stations particularly, are dealing with the sorrow and maintaining output and professionalism.

There are many stories of bravery, but this from Kamal Kaur, one of East FMs presenters and a friend who was there on the day.

“I could only watch in horror as my son Armaan missed a bullet by an inch as my daughter Sapna pushed him and herself down. I was trying to pull down the little boy who got shot instead of my son. Both my kids were hurt but are thankfully ok. I’m sorry I’m not taking any calls. It’s traumatic repeating the story over and over again. We are thankfully safe and I’m humbled with your love and support. We had someone looking out for us today. Armaan was helping a little girl evacuate through Java’s service entrance despite being hurt on his leg. I’m so proud of my son. He’s only 8. A kind Samaritan had to carry Sapna out as her leg was bleeding heavily and there’s still a lot of shrapnel in both their legs.
I have lost a dear colleague who was pregnant. She just took Sapna’s baby cradle last week to start getting things together for the arrival of her baby. I don’t know what to do or say.
I don’t know who else we have lost today. I had no idea where my kids were but they were so sensible and kept telling everyone to pretend they were dead so they wouldn’t be shot at. I know a lot of families have been ripped apart today. I just don’t know what to do or say. I’m sorry I’m not taking calls. I just cant speak.
Thank you for everything. Thank you for calling, messaging and looking out for us. We are safe. Please pray, please donate blood at any hospital. There are little children who need you to save their lives. There’s peoples relatives there. Please help.”

The week before, at the same time, I was standing where the grenades and bullets landed. No more words. 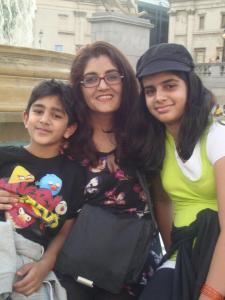 Most radio stations in the world it’s the Breakfast show that is the flag ship and attracts the most listeners. This is where advertisers, naturally, want to focus their effort. Understandably. But lets break it down a little further. Here’s my typical morning:-

5.45am Wake up
6am into the kitchen turn the radio on while I prepare my breakfast.
6.30am hit the shower and get dressed for work.
7am Catch some TV news
7.45am on the motorbike to work (no radio)
8:05 at my desk with a cup of fruit tea… catching up on mails etc.

Now imagine if the peak of breakfast show listening is at 07:55 and you place your spot there, every day…. 07:55… then every day you would miss me! I will never hear your spot. The same is true of other people’s listening habits across the whole day. Although you want to hit the maximum people the maximum number of times, you don’t do that by JUST hitting the peaks!

So make sure your activity is across the day, and different times during those hours.

Ask your Sales Person for an Optimum Effective Schedule! Have a look here.

Of course I have an issue with the number of times people have to hear an ad to respond… since 3.5, or 3.25 or 4 are just made up numbers! But there is a general feel that, with a good offer, you start to get a good response when the OTH hits about 4 or 5. (Which is why it’s NOT good advertising to be on for just a week!

You HELP by making sure your spot ads tell people what you want them to do, and gives them a really good reason to do it!!

A tranny. The radio, not the boy.

I still listen to a lot of UK radio. It’s not much different to radio here.
And something that I notice about a lot of radio ads…a LOT… say things that you don’t have to say.

I’ve already written why phone numbers are a waste of time… because no one remembers them. They’re also a waste of time if people don’t buy your product or service over the phone!

“Simon’s Rib Restaurant… open every day from 12 ’til 3 and evenings 7 ’til 11.”
Cool, so you’ve told me your open when people want to eat. Don’t waste your time, tell me why my lunch break should be spent at Simon’s Rib Restaurant! Tell me, for example, I can download a free desert voucher… and put the opening hours on THAT if you must!

If you can reasonably expect the listener to fill in these details, then spend the time you’ve saved to entice the listener into doing BUSINESS with the advertiser.